Lighting the way for 45 years

November marks 48 incredible years of business for The Light Center and as a thank-you to the loyal customers who got us here, we’re celebrating with an Anniversary Sale all month long! Throughout the month of November, you can save up to 50% off in-stock items plus get a free one-hour in-store design consultation.

A lot has changed in the past almost five decades since we first opened our doors, so let’s take a look back at the events that shaped us into the business we are today: 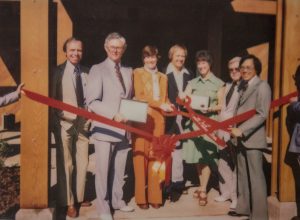 1971: The year it all began. Owner Larry Edwards opened the doors of our first location, just across the street from where the store is today. We had only four employees and ten vendors, but that was all we needed to start laying the groundwork of what was to come!

In 1972, The Light Center joined the American Lighting Association in order to provide education, certifications for lighting consultants, and networking opportunities with other stores to continue to expand our offerings. The hard work paid off, as in 1978 we were able to move into our new building at 2725 S. College, where we’ve remained to this day! We were only operating at ½ occupancy at the time, but that gave us the room we needed to expand to 40 vendors and start carrying new inventory, including intercom and dimming systems. 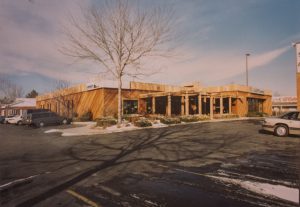 1985 brought the groundbreaking addition of The Lighting Lab, one of the first in the nation, to demonstrate lighting techniques in real-life settings. This helped us to establish our commercial sales division to provide lighting solutions to hotels, restaurants, municipalities, and other commercial entities, including our hometown pride and joy, Colorado State University. 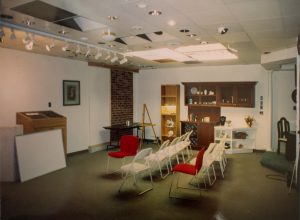 The continued growth of The Light Center throughout the rest of the 80’s made it a necessity to expand and occupy our entire building space in the year 1990, providing us 10,000+ sq. ft. of usable space. It’s hard to imagine it any other way now, but in 1996 The Light Center transitioned to a computerized business in order to keep up with the ever-advancing technology of the day and streamline our ordering processes.

The 2000’s brought immense growth and expansion to The Light Center! We became members of Lighting One, a retail buying cooperative, in 2003 that greatly expanded our product offerings and two years later revamped our space by remodeling and adding a 1,600 sq. ft. addition to our building. Then in 2009, Jennifer Guerriero, daughter of Larry Edwards and long-time employee and manager of The Light Center, stepped in as co-owner alongside her father. The father-daughter duo began an energy efficiency division to better serve our client businesses, allowing them to save energy and obtain power company rebates. This innovation is what led The Light Center to being named a ClimateWise GOLD Partner in 2010, as well as carry a wide selection of eco-friendly products.

Today, we have grown to 30 employees and carry over 300 vendors, making The Light Center Colorado’s largest lighting selection. We’re able to provide an unlimited number of finishes and glass options to our customers, plus purely custom lighting that can be drawn and made to order.

In exciting recent news, in October 2019 Jennifer Guerriero officially stepped in as majority owner of The Light Center, which can now proudly be recognized as a women-owned business. She has enthusiastically taken on this new role and is leading The Light Center’s efforts to be a pioneer in the next generation of lighting technology.

The future is bright (pun intended) for The Light Center, with a new ownership structure and exciting innovations underway. We’re honored to have served our community for the last 48 years, and we’re eager to see where the next 48 will take us. Stop by to take part in our Anniversary Sale and help us celebrate!